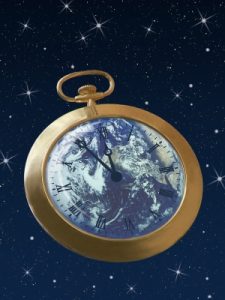 Isn’t  it interesting that in the second decade of the 21st century after yet another CHAOS Report tells us that only 21% of reviewed projects deliver the agreed scope on time and in budget that many of us still cling to the illusion that accurate estimation is merely a question of training, practice and discipline? What amazes me is that I know a handful of people who can consistently correctly guess how long a project will take.

Most of us mortals regard projects as an adventure into the unknown. At the beginning of the journey you have scant information about what you have to deliver and then your sponsor has the nerve to ask you exactly how long it’ll take or imposes an unrealistic deadline.

Agile protagonists neatly dodge the issue by refusing to say what they will deliver but promise to finish by any date you care to name.

For those of us trying to schedule in a more conventional environment we can only resort to limiting the risk of looking absolutely incompetent by incorporating buffers. If you drive to work, experience has taught you to leave x minutes longer than your usual trip duration because who knows what tricks Mr Murphy will play today. And that is based on hundreds of trips on the same route, not a one-off development.

In projects buffers can give project managers a hard time. I have been accused of lazy planning, bloating the plan and encouraging resource waste by including a safety margin. Show your buffer and it will be removed – remember Star Trek? Scotty: “It’ll take 10 hours.” Kirk: ”You have three.” Scotty: “I can do it in two.”

Other times I have been called reckless if I omitted buffers. Fortunately there are industries – oil and gas, for example – where buffers are normal practice.

The best advice I ever received was from a client in Munich who rejected my buffer at the end of the schedule as a catch-all and demanded I put buffers where I most expected a delay. After a while I concluded the biggest risk was project contributors with key skills or knowledge (everybody wants them, so they’re torn in every direction) and tasks with many dependencies (law of probabilities).  Eliyahu Goldratt developed that into his Critical Chain approach. Throw in your personal experience of higher-risk tasks or people and you can sleep a little better.

The worst thing you can do is hide your buffers. For one thing it is unethical and for another it robs you of the chance to learn how good your intuition is. Apart from that double bookkeeping can be a nightmare. Do you honestly have time for that?

Corporate culture has a lot to do with how we use buffers. If your team members have in the past been hauled over the coals for delivering late, you can be sure they will ensure that never happens to them again. By building in their own safety margin.

The issue stems from the idea that projects are predictable, but by definition they have never been done quite that way before. Your job as a project manager is to make the best professional guess you and your team can, and THEN track consistently so you spot a variance coming. Then you can act as quickly and best you can to correct it. Of course your sponsor has a right to know when he’s going to get his new toy, but a PM has to manage that expectation realistically and truthfully.

THERE IS ONE OTHER THING …

You can find out more about which cookies we are using or switch them off in settings.

This website uses cookies so that we can provide you with the best user experience possible. Cookie information is stored in your browser and performs functions such as recognising you when you return to our website and helping our team to understand which sections of the website you find most interesting and useful.

Strictly Necessary Cookie should be enabled at all times so that we can save your preferences for cookie settings.

If you disable this cookie, we will not be able to save your preferences. This means that every time you visit this website you will need to enable or disable cookies again.